British novelist, ex-politician and former jailbird, Lord Jeffrey Archer is an absorbing conversationalist. He’s confident, patient, petulant and raring with sure-fire ambition. In Mumbai for the launch of his latest collection of short stories, And Thereby Hangs a Tale, Sitanshi Talati-Parikh comes away from the tête-à-tête duly charmed 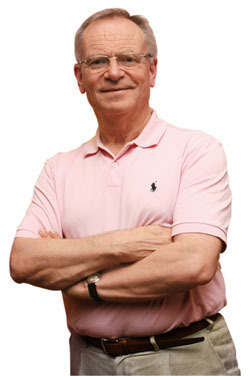 Jeffrey Archer explains the act of creation of dialogue, demonstrating how real-life conversation can’t be imitated exactly in fiction. “While talking you may say, ‘Can I have a cup of coffee, please?’ but you can’t put that in a book.” The ever-gracious Taj hospitality team appears bearing silverware and coffee, not knowing that Archer was merely demonstrating a point. “Is that my special?” he asks – having quite missed the force of his spoken word. They look confused. “Is that coffee?” They nod bewildered. “No, thank you, I have my special. I thought they told you all about it. No they didn’t? God bless them,” he mutters. A few minutes later, the somewhat-‘special’ turns up. They couldn’t garnish it with chocolate sauce, they murmur desperately. He takes a sip. “It’s not like Barista’s! They all try to make it like Barista, but they can’t. And who introduced me to Barista? ‘Raoool’ Dravid introduced me to it. I don’t like coffee. I like Barista’s. I don’t get it in England. I love it.” He gives it back, with an unhappy, “Thank you, very much.”

He is surprisingly energetic, he’s refreshingly ebullient and he holds the instinctive ability to inspire. At 70 years of age, he moves with the efficiency – and his voice carries the power of a 35-year-old. He speaks without platitudes and any hint of patronisation. And if you question his creative choices, he responds with effusive mock indignation.

Excerpts from a rollicking, sometimes serious conversation with the author:
(All exclamation marks and text repetitions are entirely based on the interviewee’s tone. Capitals denote elevated volume only.)

Why do you not have more female protagonists in your books – besides The Prodigal Daughter and False Impression?
The Prodigal Daughter is totally about the first woman president of the United States. Who wrote the first story about the first woman president of the United States? ME! Long before Hillary Clinton! You weren’t even born then! I’m married to a woman who runs the biggest, greatest hospital in Britain, Cambridge University. So, don’t you give me that protagonist stuff. In this one (points to his latest book) all the women are wicked. They’re nice in a lot of them, aren’t they? I’m not a women’s writer. I don’t write to please you, I write to please everyone!

And everyone is pleased by men?
Well, no. NO! The Prodigal Daughter is the story of a woman. False Impression, you’re quite right, is about a woman from beginning to end. You selfish thing, isn’t that enough for you? (Laughs uproariously.) God, women’s rights for India! Women to run India!

What happens if you don’t have a story to tell? Do you ever get stuck?
Never. NEVER! No writer’s block! Never. I know my next six stories. The next thing I’m writing is the biggest challenge in my life. I’m writing five books in a row, the story of which starts in 1920 and ends in 2020. They are called The Clifton Chronicles. The first book is dominated by a MAN called Harry Clifton. The second book is dominated by a woman called Emma. Yes!

Is there a sense of completion when your protagonists achieve that position of power – after all, that’s where the books end? What happens if they were to continue?
What you’ve said is going to happen in the next series. One will lead into another. They will all be separate books. I’m a believer in hard work and ambition and achievement – for men or women. (I can sense the aside.) I work for Margaret Thatcher – makes no difference to me. The achievement is in reaching the goal, not afterwards! You don’t want to think about retirement do you?

Is that the difference between popular culture and literature?
NO! That’s insulting. (I’m just saying.) I know you are, but it’s insulting. That is to say you can’t be a great storyteller and write well. The literary failures of this world always try that line, because they are jealous. It was one of your great critics who told me, ‘Jeffrey, don’t worry with the sacred cows of India – read RK Narayan.’ I agree with her. Narayan is both – marvellous combination of great writer and great storyteller. There are very few Vikram Seths around. (He approves of Seth.)

So, your new collection of short stories….
(Answers with practised ease.) Fifteen short stories, nine of them true, the most exciting one for me is set in India, called Caste-off. It’s the story of two people I met in Mumbai three years ago (Nisha Jamvwal and Kanwar Rameshwar Singh Jamvwal). I think it will make a Bollywood film – it’s so romantic. I couldn’t believe it when I heard the story; it’s so remarkable that you can’t make it up.

Do you pull from real life or employ fiction?
It’s half and half. Human beings are giving stories all the time. Why bother to invent someone when I can just write you? It’s so easy. I look at people and I remember details very well. If I get a good story, I write one line that reminds me of it. I always keep notes. Normally everything is all up there. (Referring to his deeply lined forehead.) If you are working the whole time – and I’m always working – memory gets constantly tested. Your memory only gets lazy if you’re lazy.

What does power mean to you?
Power?! Power. (Makes it sound like ‘paar’.) It has many meanings. But sometimes, a writer has power without realising it because people will write to me and say, ‘Your book has changed my life,’ or ‘something you wrote has changed me as a person’. Which one hopes is power for good – for instance young Indians learning to believe in hard work to achieve what they want.

Your stories give people the drive to keep going, to succeed….
Nowadays, people want it tomorrow…not 20 years down the line. A girl came up to me at a restaurant and said, ‘I want to be famous.’ I asked her if she played the violin, sang a song or wrote a book…and she shook her head. She said, ‘You don’t understand me, I want to be famous.’ She didn’t want to do the work. You have to do the work. Now I’m more demanding all the time, on myself.

Does success increase the pressure to deliver?
I always had a story so I never felt pressure. The problem was making sure I worked hard enough. I’m working harder now than ever. People ask me silly questions like ‘Do you write all your books?’ But you would know straight away, wouldn’t you? You’d say, ‘Jeffrey! You didn’t write that!’ I always say to people, my readers would know – they know my tricks. Which makes it harder for me, because my fans are sitting there and saying, ‘Where’s the twist, Jeffrey? What’re you gonna do, Jeffrey? I’ve got my eye on you!’ It’s still a challenge to fool you, to get you to the last line and make you go ‘Aaeee!’ That’s the trick.

Few writers can handle short stories and sagas with equal aplomb….
The thing about short stories is that they are stories. A lot of people who write short stories are actually writing ‘looks at life’ or incidents. I tell stories. They have a beginning, middle and an end. I don’t want to write about the ‘movement in the room, made one feel luminous, as the girl walked toward me, I realised….’ Oh balls. Give me a STORY!