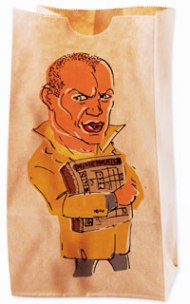 Wentworth Earl Miller III best known as Michael Scofield in the hit American television drama, Prison Break, definitely is good-looking – he made it to People magazine’s 100 most beautiful people in the world. Impressive seeing how he spent much of his screen time bald. We know clean-shaven is sexy, but bald? It’s not that there aren’t sufficient handsome heroes that rock my boat – from Ryan Phillippe, Pierce Brosnan, Colin Firth, Gabriel Macht, Zac Efron to our local boys, Imran Khan and Ayushmann Khurrana.

The thing about Miller is that he’s really unattainable. He sent estrogen on a downward spiral when he finally came out of the closet by declining to attend the St Petersburg Film Festival as he was ‘deeply troubled’ by the Russian government’s treatment of its gay citizens. 2013 saw him return to his writing roots and this private person isn’t afraid admitting to enjoying his time at The Art Institute of Chicago or staying at home playing Scrabble. He attempted suicide as a teenager, and has struggled with his roots coming from a bi-racial background –his parents have 11 ethnic origins between the two of them, including European and African-American.

And yet, his intensity as Michael Scofield, with the penetrating eyes, self-contained emotion and searing intellect all serve up a pretty hot mix. He’s a lean, mean, thinking machine. He’s a good guy trapped in a world that’s vicious; and he’s only trying to find his ‘safe’ place. Never thought I’d want a bald, multi-racial man who’s got major issues and is sure-fire gay…but then with women you just never know, do you? And he’s named after Captain Wentworth…from Jane Austen’s Persuasion.