More than 10 million weddings take place in India each year, but how many of them would ever be eco-friendly? 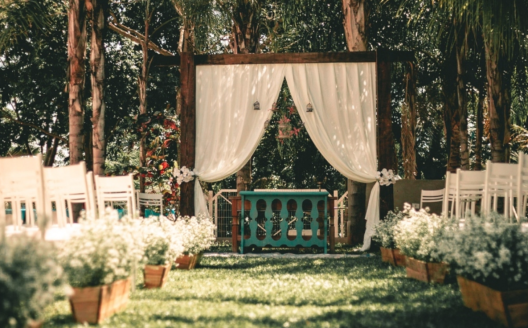 Have you ever heard of a muted desi (local) celebration? Or, the words: “I am getting married, but it’s not really a big deal.” That’s not the way India rolls. The grand cinema of weddings is a metaphor for life. It tells the world that this is so big, that it cannot, will not, and should not fail. In this ode to matrimony lies the foreplay of the bride and bridegroom. They are made to feel so special—nothing is bigger than them at this moment, nothing can trump this card. Certainly not environmental concerns.

The Indian wedding market is estimated at approximately ₹33,000 crores, the world’s second-largest, after the US market; while growing at an estimated 20 per cent a year, the Hindu Business Line reported in 2017. The same article reports that an average Indian spends an estimated one-fifth of their wealth accumulated in a lifetime on weddings.

Weddings are largely—like most luxury purchases—what you want to communicate to the world about yourself. And as the Amazon Prime series Made in Heaven (2019) suggests, weddings are a societal farce, a suggestive discourse on tradition and morality that lends itself to deep hypocrisy. As the video documenter of these weddings, Kabir Basrai (played by Shashank Arora), asks in the show—why is this the biggest moment of a woman’s life? As if everything she is and has done leads up to this point? It’s who you are, as a person, sure, but particularly, it is your standing in society. Royal, regal, rich and very unsustainable.

According to a 2016 story published by Fashion United, a UK-based fashion industry network site, as per industry estimates, in the top 15 Indian cities people usually spend between two to 20 million rupees for three to five days of extensive celebrations, from mehendi, sangeet, haldi, baraat and pheras to bidai. The immense cost to the environment to generate the orchestra of the grand wedding, including but not limited to the intricate invitations, wasted food, elaborate décor including fountains, stages and mandaps, services flown down from various parts of the world, heavy use of non-biodegradable products including plastic (think of the many barely-consumed bottles of water) and fabric (synthetic and otherwise) drown sense and sensibility.

A great start would be for Indian parents to forget the number of weddings they may have attended and curate a guest list comprising a select few, while simultaneously restricting the affair to a single event. And in a fell sweep, reducing the burden of ‘the biggest party they would ever throw’.

If a host would dare to change the mindset that organic is not skimping on the finery, then sourcing local, bio-degradable elements or going au naturel and keeping it minimalistic would be de rigueur. Couples in America have been reported to be open to second-hand garments and opting for no-paper-or-plastic and zero-waste catering. For the invitations, choosing recycled or seed paper, or sending e-vites. Perhaps one could give up gold-silver-and-bone-china gifts in favour of an eco-friendly registry (or accept donations to a charitable or sustainable organisation) and mindful favours.

The Fashion United article also suggested that the average clothing budget for an Indian wedding is $375,500 (₹26,257,197) and up to 80per cent of a designer’s business comes from bridal couture. In 2017 The Economic Times, a business daily, reported that weddings could save costs by renting outfits and jewellery. The most ethical and sustainable option for jewellery is vintage or heirloom, even if redesigned and updated in style. After all, ethically-made jewellery from lab-grown diamonds and recycled metal are better alternatives than new jewels, which bear the burden of mining.

Perhaps wearing a sari that is not brand new to even your own offspring’s wedding would make a statement—that the environment and their future on this planet matter.

While the lack of knowledge about the heavy carbon footprint of celebrations plays a role in choices being made, one could argue that in India particularly, the environment would not be a factor in the decisions. Also, as suggested by Viswanathan Raghunathan in Games Indians Play: Why We Are the Way We Are, socially, Indians are not primed to think about the greater good versus the private need. Savings, loans and investments are considered for education, marriage and health, and among certain income groups, marriage trumps all the others. If only marriage could be evaluated as a meaningful relationship with a person and the environment we live in—low-key, natural and organic, subtle and meaningful, like life and love should be—perhaps we could visualise an eco-friendly wedding in India. Until then, the industry just grows in the most unsustainable fashion.