The Garment Worker Diaries collected from data on the lives of those who make our clothes unveil harsh truths. 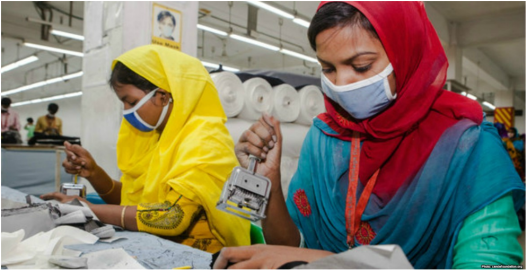 “Usha and her Indian counterparts reported far higher levels of verbal abuse in the workplace than did the women in Dhaka or Phnom Penh. And women in India consistently reported being forced to do more work than their allotted quota for the day.” This is from a documented report (available on workerdiaries.org), filed after a year-long research project from mid-2016 to mid-2017 called the Garment Worker Diaries (GWD) which collected data on the lives of garment workers in India, Bangladesh and Cambodia. Usha and the other workers in Bengaluru, which was where the study was conducted locally, work 48 hours a week or less—which is substantial, but far less than the women in Bangladesh and Cambodia.

The directors of the GWD write how hundreds of thousands of workers labour long hours in the hope of receiving minimum wage, which is set at $105 per month for India (roughly ₹7,600), and yet, labour-rights advocates say that workers in Bangladesh, Cambodia, and India often receive less than the minimum wage. Even if they do receive the minimum wage, the advocates say, it may not be enough for workers who need to pay housing costs and provide themselves and their families with food, health care, and other necessities. 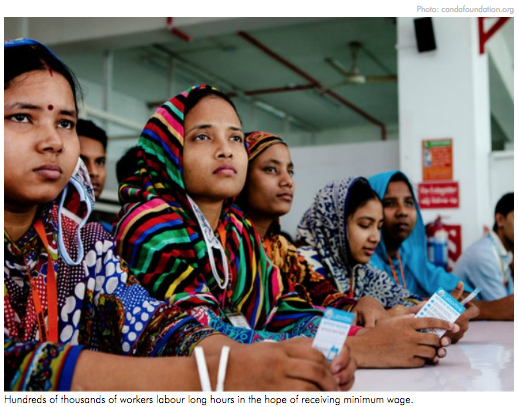 The GWD project was led by global non-profit organisations—Microfinance Opportunities in collaboration with Fashion Revolution—and supported by C&A Foundation, a global corporate foundation aiming to transform the fashion industry. Field researchers spent time with 180 garment workers in each of the three countries to learn the intimate details of their lives, including what they earn and buy, how they spend their time each day, and whether they experience any harassment, injuries, or suffer from pain while at the factory. An Indian research firm, which they had worked with before, Morsel, conducted all their fieldwork in India. According to the World Bank, India was the third largest exporter of clothing globally in terms of US dollars in 2015.

Guy Stuart, executive director at Microfinance Opportunities, who led the project, found that there were no great surprises, but there were some patterns that emerged. Of the three locations studied, the Bengaluru workers, who live along Mysore Road, worked disciplined hours: 8 hours a day, 6 days a week. But, they “regularly reported being insulted and humiliated by their supervisors”, says the report. The workers made monthly contributions into the state health insurance and pension systems. Despite ostensibly having health insurance the workers ended up paying for health care out of their own pockets at private clinics because the public clinics were not accessible. Sarah Ditty, head of policy at Fashion Revolution, says, “We were very surprised by the precarious nature of garment workers’ financial livelihoods in all three regions studied. Clearly, their wages are not enough to cover any big, unplanned costs, and they really do appear to live teetering on the edge of poverty and debt.”

The outcome they hope for, after this intensive study, is that clothing companies, consumers, factory owners, and policymakers will be able to use the insights identified to understand how the decisions they make affect a garment worker’s condition. This is where Fashion Revolution steps in: to get the data in front of change-makers who can influence the global clothing supply chain, the regulatory environment, and the social protections available to garment workers. Stuart says, “I strongly believe that good information can make a difference in how people view the world and promote social justice. Furthermore, we know the power of the financial diaries in showing how people manage to make ends meet.”

Post the GWD report and blog, Fashion Revolution’s aim is to increase transparency to make informed shopping choices through credible data. They have released case studies, a magazine called ‘Money, Fashion, Power’, a three-part podcast series called “Who Made My Clothes?” and an automated email tool where consumers can send a message to their favourite brands asking them to give garment workers more of a voice.

Eventually, it boils down to impact. Says Ditty, “Tens of thousands of people worldwide have listened to the podcast and read the magazine; thousands of people have used the automated email tool. Some brands have taken the time to provide thoughtful responses about what they’re doing to ensure that garment workers are able to raise concerns about their pay and working conditions.” She states that the GWD data portal is being used as an educational tool in a number of fashion and business universities and is being closely studied by fashion brands and retailers who are using it to have a deeper understanding of the day-to-day reality of the workers in their supply chains. Ditty concludes, “While it’s difficult to tell exactly how this will impact brands’ practices, we know that brands are certainly taking the results of the study seriously.”

As the study tries to humanize these garment workers, can we identify what drives them to continue working the way they do? Says Stuart: “The common thread is simple: they are working hard and earning as much as they can for the sake of their children. They want their children to have a better life and are trying to get them as much education as possible to achieve this.” A lofty aim, on less-than-minimum wage.