Published in Mint Lounge, Saturday May 13, 2017 (Future of Design special edition).
(Additional images added below for this blog post)

We have had women in tuxedos and men in skirts. But the new ‘genderless’ direction in the global fashion world might further dissolve the idea of binary identities 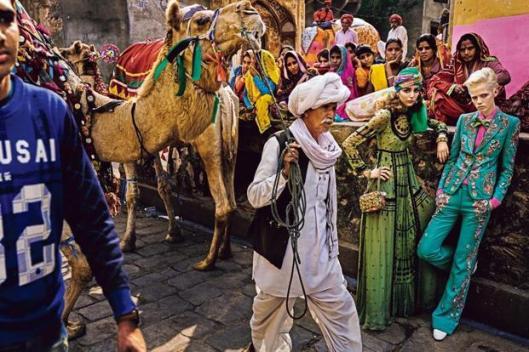 Earlier this week, Emma Watson received the first gender-neutral award for Best Actor (Beauty And The Beast) at the MTV Movie & TV Awards. “It says something about how we perceive the human experience,” she said. The award was presented by Asia Kate Dillon, who plays TV’s first gender non-binary character (Taylor, on Billions).

Like other recent events, this added to the ongoing conversation on gender-fluidity.

For a culture like ours, with its thrust on uber masculinity and coy femininity, reconciling to this phenomenon may be shocking, but not impossible. While one knows androgyny to be the combination of masculine and feminine characteristics, ambiguity in gender could be a lifestyle, sexual or style choice. 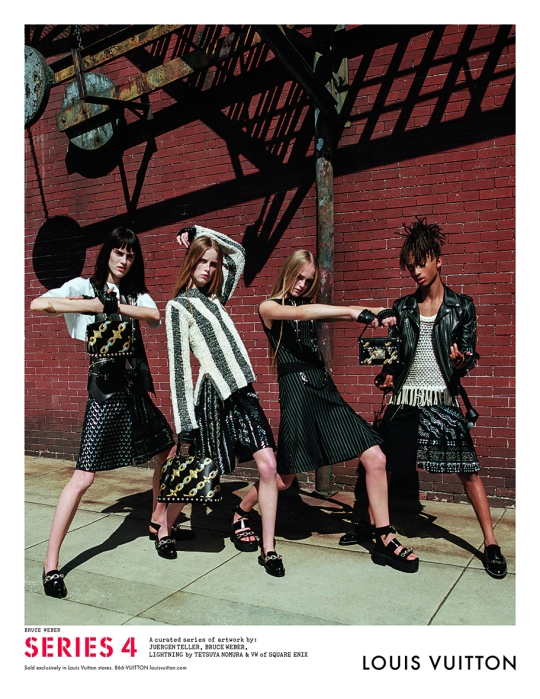 Celebrities such as Miley Cyrus have identified themselves as pansexual, but perhaps it is young actor-rapper Jaden Smith’s bold outlook that has fired up the imagination. Will Smith’s son is seen wearing a skirt as part of Louis Vuitton’s Series 4 (Spring/Summer 2016) campaign about a heroine and the multiple facets to her personality. The brand’s creative director, Nicolas Ghesquière, believes Smith “represents a generation that has assimilated the codes of true freedom, one that is free of manifestos and questions about gender. Wearing a skirt comes as naturally to him as it would to a woman who, long ago, granted herself permission to wear a man’s trench or a tuxedo”. 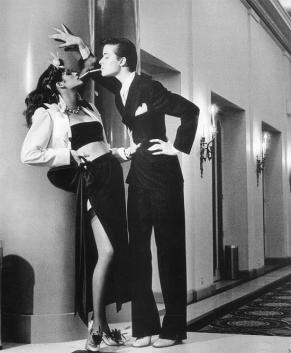 Worldwide, sartorial acceptance tipped when the founders of two path-breaking French haute couture houses, Coco Chanel and Yves Saint Laurent, gave women trousers and tuxedos in the early and mid- 20th century, respectively. Many male music legends have flirted with everything from make-up and heels to ruffles and florals, but it was David Bowie (in his sexually ambiguous Ziggy Stardust persona) and Prince (in his flamboyant Purple Rain-era) who cut the sartorial cord with their seminal style statements. More recently, American hip hop artiste Young Thug wore a dress for his album cover, while British footballer David Beckham has been spotted in nail paint and a sarong.

Historically, pre-colonial India saw no issue in dressing up its men, particularly royalty; the traditional male outfits of Gujarat and Rajasthan are adorned with colours, mirrors and gathers, while drapes like shawls, anarkalis, lungis, kurtas, salwars and churidars have been a long-standing part of India’s unisex fashion grammar. Even as the idea trickles down—Tridha, a school in Mumbai, has genderless uniforms (a short kurta students can wear with lowers of their choice)—in a country that lends exaggerated importance to binary sexuality, fashion is setting a new pace for a forward-thinking society. 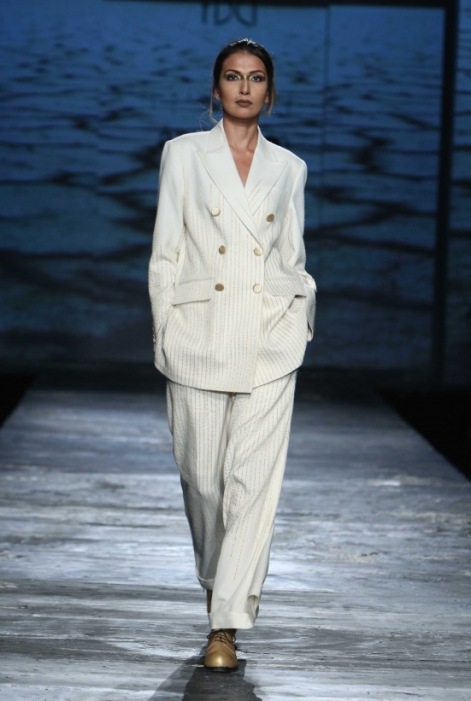 Designer Rajesh Pratap Singh, who has an affinity towards androgyny, finds the audience for unisex clothing limited. “As women found independence and emancipation once again in India, wearing men’s clothing is considered stylish in most urban areas, but it doesn’t hold true for most parts of the country,” he points out.

What is true though is that modern silhouettes for the local landscape increasingly tend to be sleeker, deconstructed or fluid, shaped according to will, body type and occasion. From anarkalis to dhoti pants, from cholis to shirt-blouses, we have made a shift in styles, and increased the functional element of formal wear. But are women able to take the leap to wearing perhaps a tuxedo to an Indian wedding? Mumbai-based designer Payal Khandwala, whose lines for women are largely anti-fit, says: “It (gender-fluid dressing) will be a parallel movement. The bright side is that it makes us question the male gaze we have taken for granted and re-examine our preoccupation with ‘pretty’ and ‘hyper-sexualized’ clothing for women.”

Unisex clothing creates ambiguity towards age, shape and size, naturally defying the restrictions imposed, stereotypes perpetuated and social comment invited by accentuating and fitted garments. While many designers locally have nailed the anti-fit trend, there have been attempts, such as the “Ungendered” clothing line released online last year by Zara, that faced flak for its unimaginative designs. Unisex outfits shouldn’t be drab, shapeless or colourless—rather, they should be a celebration of clothing that is chic while being free of conservative parameters. 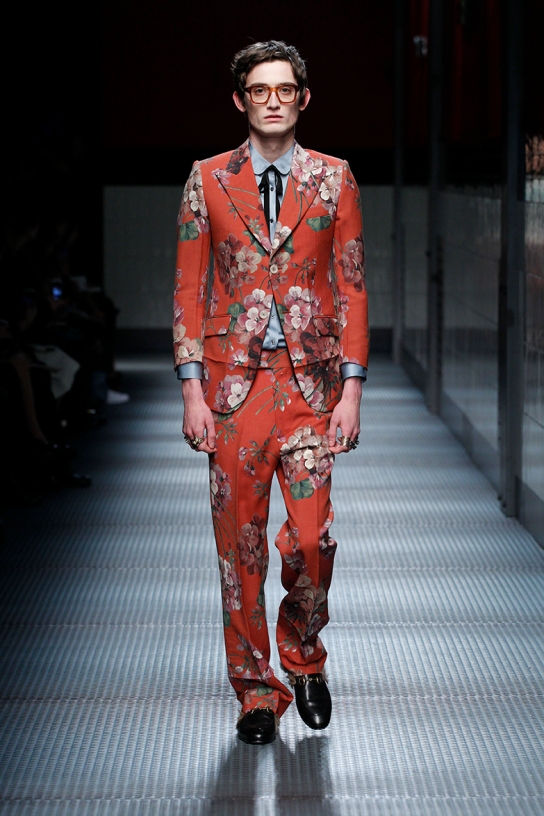 Women in menswear may be de rigueur, but men in women’s clothing is certainly up for exploration. A key designer of genderless fashion, J.W. Anderson’s Fall 2013 collection sent a male model on the runway in ruffled shorts and knee-high boots, showing off muscular, hairy legs. Singer Pharrell Williams, who likes Chanel necklaces, has starred in the couture house’s Gabrielle bag campaign this year. International luxury brands like Gucci (whose fluid vision under creative director Alessandro Michele has been touted as inspired and sound) have “genderless” models—those without an associated gender—on the runway, also unifying men’s and women’s fashion weeks. Michele stated last year, “It’s the way I see the world today.”

It was a “fluid-packed” fall 2016, with Burberry harking back to Bowie-esque ruffled shirts for men and military-style jackets (also seen in Givenchy’s campaign) for women, along with gender-neutral trench coats.

Bungalow 8 founder Maithili Ahluwalia is unimpressed by men in skirts. “It is not a natural evolution, it is fashion. A man’s body is structured differently and it is a bit limiting to think that what works for one may work for the other. It should be a mindset over a sartorial choice, not a surface-level relationship with fashion. Would a man wear gender-fluid clothing to work, particularly if he works in a bank?” she asks. Possibly, if he is anything like actor Ranveer Singh, who has turned red-carpet dressing on its head with his penchant for aggressive experimentation—of course, creative professions do allow for more sartorial freedom.

Delhi designer Ujjawal Dubey, founder of label Antar-Agni, whose styles are “androgynous and flattering to both the sexes, avoiding stark lines and labels between genders”, believes India is primed for change. So does Sumiran Kabir Sharma, whose new label Anaam is said to “dissolve all stereotypes”. Sharma works as “a silhouette generation artist, not focusing on the physical and the biological part of the human body that defines gender”. According to him, going genderless is not a passing phase—“it is definitely the future of fashion”. 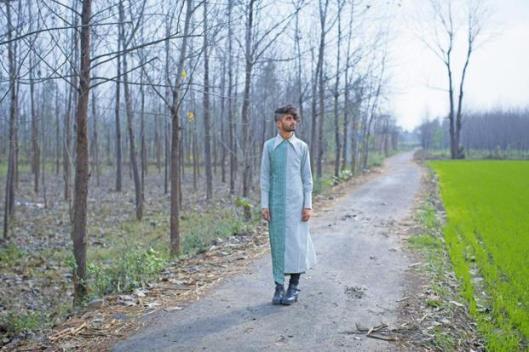 A model in an Anaam piece.

Kolkata-based designer Kallol Datta, who started out making (and wearing) gender-neutral clothing, is now moving towards “sexless clothing, where there is no acknowledgement of gender”. “I’ve favoured all-enveloping shapes and certain proportions when layering pieces of clothing…there is a blurring of lines with these shapes.”

If the male gaze changes, so may the female gaze. In Tokyo, following the explosive trend of “genderless kei” (kei means style), “genderless boys” have appeared on the scene since 2015. The popular Japanese idols tend to be slim-bodied, with dyed hair, make-up and nail polish, coloured contact lenses, and attention-grabbing outfits. They are not necessarily gay or trying to be like women, they are rejecting gender norms and establishing a new yardstick of style. It’s likely inspired by the Korean term ulzzang (“best face”), a common beauty standard for both men and women derived from the “flawless” K-Pop idols.

In America, Marilyn Manson’s genderless Mechanical Animals cover set the tone years ago but today, gender-neutral models like Rain Dove have gained supermodel status. Dove’s Instagram page says: “I’m not a Boy. I’m not a Girl either. I am I.” And further, “Sometimes I like lace panties. Sometimes I like briefs. It’s my body…. And I’ll cover it however I damn please.”

Today, numerous designers worldwide offer unisex lines of clothing, and stores like Selfridges in London stock an “Agender Fashion Without Definition” collection across three storeys, suggesting that the trend is more than that—it’s a new way of life.

Fashion should cater seamlessly to one’s individuality, without leaning towards homogeneity. Khandwala agrees: “At its core, what one wears must be a democratic decision that comes from a place of honesty and self-evaluation. The impetus cannot be external and certainly not because it is a fashion movement.”

Is the potential dissolution of gender a fantasy of the future or a reality of today? As predefined roles get blurry, so does the way we dress. And we should find our voice in that freedom. Worldwide, as socio-politico-religious mindsets get narrower, perhaps it is fashion’s lot to expressively push back as the non-conformist and heterogenous “genderless uniform” of a truly inclusive and free-spirited society where it is, literally, best face forward.

How we got here

A brief sartorial history of the blurring of gender lines

1910s: Gabrielle “Coco” Chanel changed women’s relationships with their bodies and ways of life by introducing them to trousers and jersey sportswear. 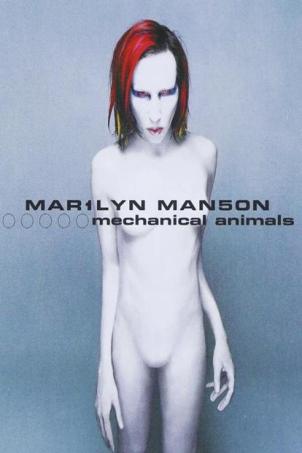